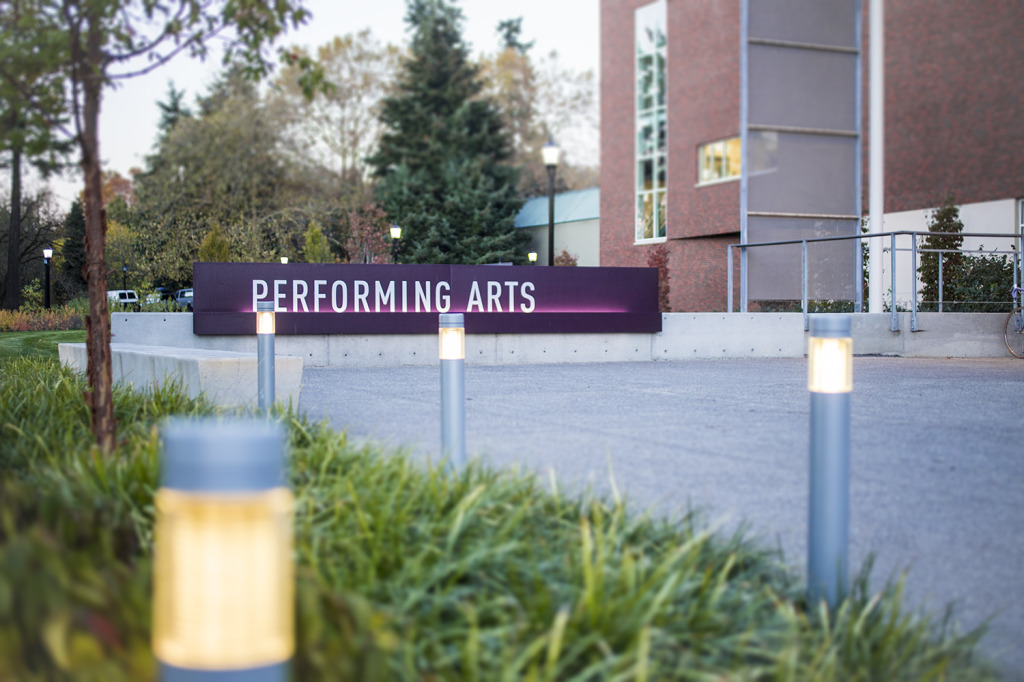 Congratulations to Opsis Architecture who received the 2015 Architecture Merit Award for Reed College’s Performing Arts Building.  We are so proud to have been part of this project along with Mayer/Reed and Hoffman Construction.  More information on the award Opsis Architecture received can be found on their website at http://bit.ly/1A6KeBK

Reed College’s Performing Arts Building characterizes the school’s dedication to performance arts both in what role the arts played in the past, and what role they will play in Reed’s future. The Performing Arts Building now houses theatre, dance, and music departments as well as rehearsal space, a performing theatre, costume space, a multimedia lab, and offices. The building architecture team worked to produce a building that meets the needs for a performance space, academic space, and mixed-use facility.

The Performing Arts Building sign package reflects the curves and lines of the building interior creating a seamless look as the eye moves from wall to room. Before entering the 80,000 st. ft. building, large monument signs greet patrons at both east and west entrances of the facility. The east and west monument signs are built to illuminate the flush mounted FCO letters, adhered to the painted aluminum backer. The east monument sign stands alone while the west monument sign is mounted on a cement wall. A magnetic LED-illuminated directory sits just outside the main entry doors. Upon entering the facility, the striking walls have been designed to appear as wooden waves moving horizontally from the east to west entrances. Room identification signage, made of laser cut acrylic, is placed on these walls to flow in sync with the architecture. A custom glass donor panel greets patrons by highlighting the persons who made this project possible. The building’s wayfinding package is comprised of a combination of freestanding directional signage, flag-mounted signage, and digitally printed vinyl graphics. The freestanding directional signs are made from painted aluminum bases with vinyl text and graphics. Classroom and office identification is ADA compliant and made of painted acrylic backplates with raster text and braille. A notable feature of this sign package is the transgender restroom signage design, which is made of acrylic with screen-printed artwork. The complete package includes wayfinding, donor panels, room identification, a directory sign, and monument signs. 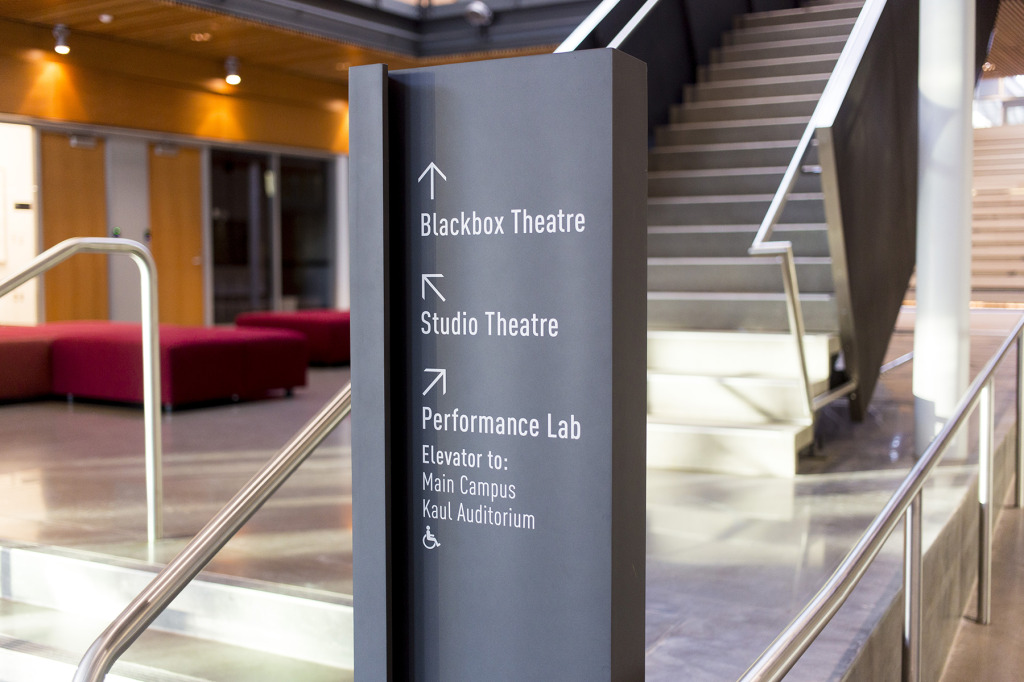 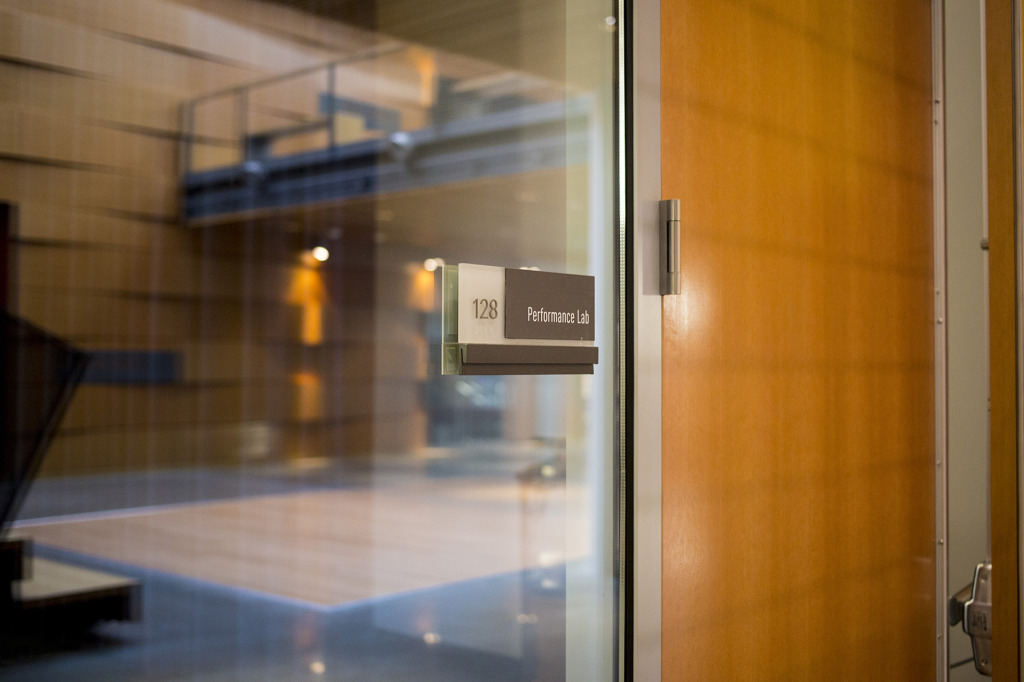 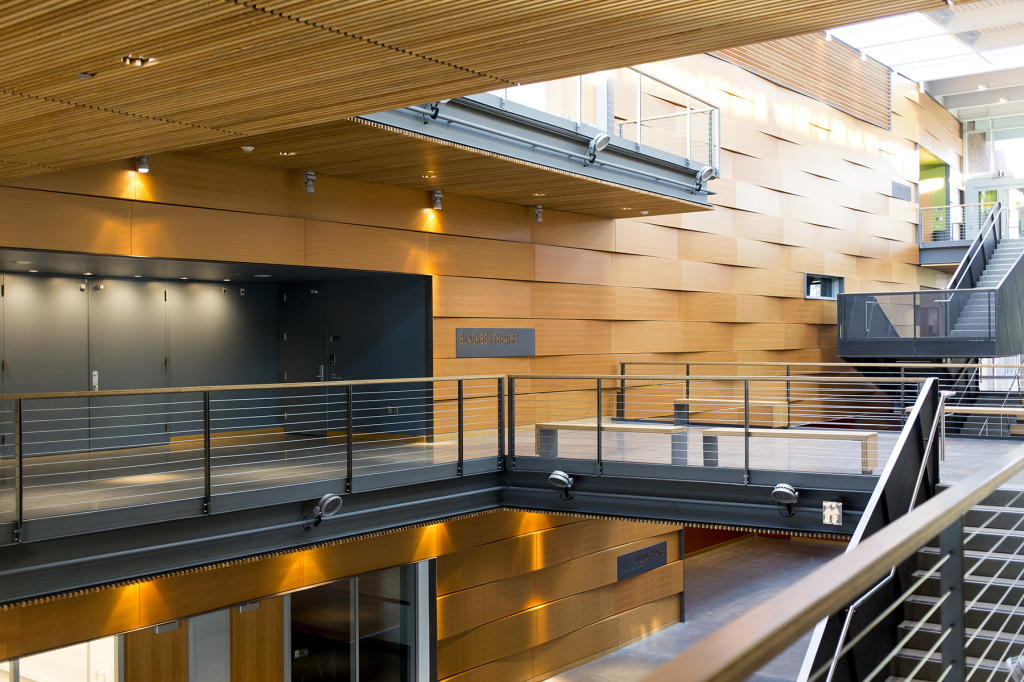 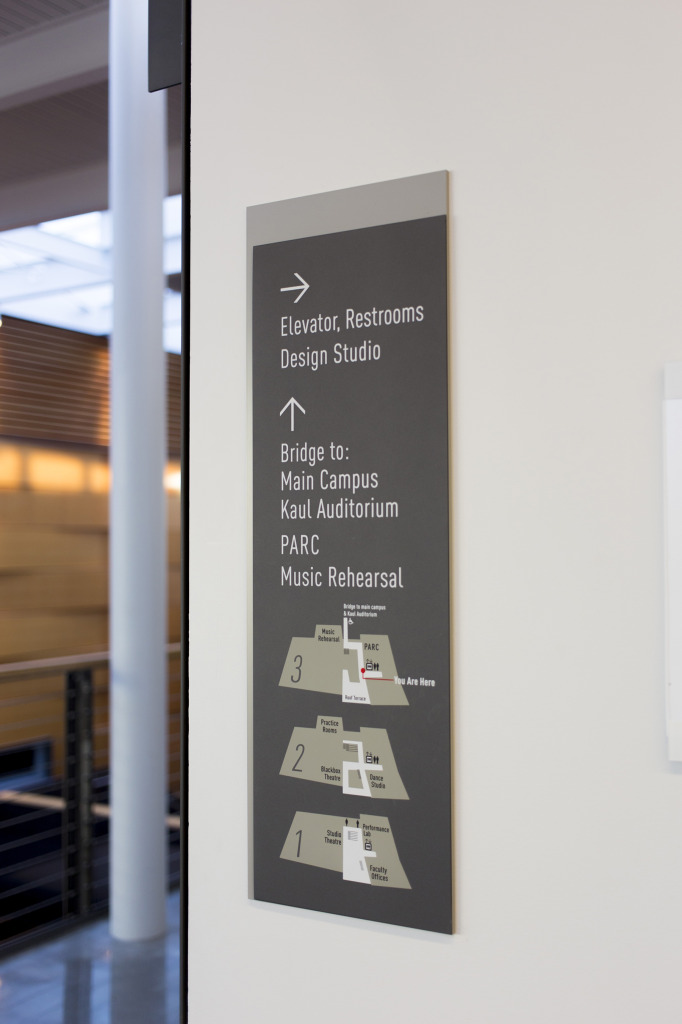